After Unreal Tournament 3, Bjoern sent me a few screenshots of Age of Empires 3. I’d like to take this opportunity to point out that I also take submissions from anyone else, and even if the game doesn’t have a 3 in it’s title. If you see something cool, just take a few screenshots and send them to me!

Now, Age of Empires 3 is a real-time strategy game by Microsoft (no link, those guys get enough exposure as is already), and is, what wonder, the third game of the Age of Empires series. The goal of the game is to take a few settlers and create a huge empire with a high standard of civilization. At the same time you can also fight wars against other civilizations to make sure that you are the most dominant civilization in the world. As you’d expect, it has been developed in the USA1.

During the course of said civilization-building, one important thing seems to be to create modes of transportation. Looking at the title of this site, you should probably already have a vague idea about what kind of transportation will be in there…

That was a surprise, right? Yes, AoE 3 features trains and there’s a paper clip hanging in my MacBook Pro’s magnetic connector. Those two may or may not be related. To be able to reach railroads, you have to get into the Industrial Age™, which makes perfect sense if you think about it. The train here clearly shows it’s american heritage. 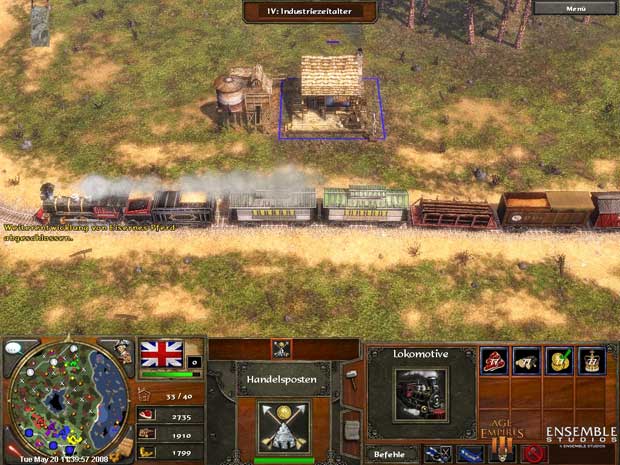 The locomotive is a classic 2’B (4-4-0 in Whittle-Notation), the so called ‘American Standard’ unit. This was produced in huge amounts during the initial period of railroad building in the US. One particular feature is the ability to ride on rough tracks. Such units have never seen widespread used outside of North America, so if the civilization you are building is not placed there, well, you’re train is wrong. What is also wrong is that this engine seems to have two tenders, first a short one and then a larger one directly attached (and the wrong way around. Normally, you have the opening for the coal near the locomotive).

As you can see, the train has a rather comic style, it’s meant to look cute instead of realistic. That isn’t wrong in itself, of course, it’s just a point worth keeping in mind. The passenger cars look decidedly odd, the additional roof in the middle was something that I can’t recall ever seeing in that form. Oh, and it lacks couplings.

An aspect that games of this kind always had and will always have is wrong relative scales, due to the fact that everything has to be crammed into the same playing field. 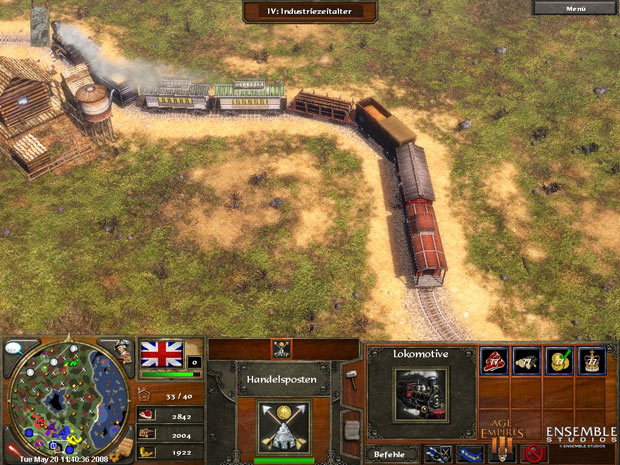 In the railroad business, this means curves that make baby steam engine cry. This is decidedly too tight for realistic railroading.

It appears that before you can get a train, you have to deal with a horse-drawn carriage first. 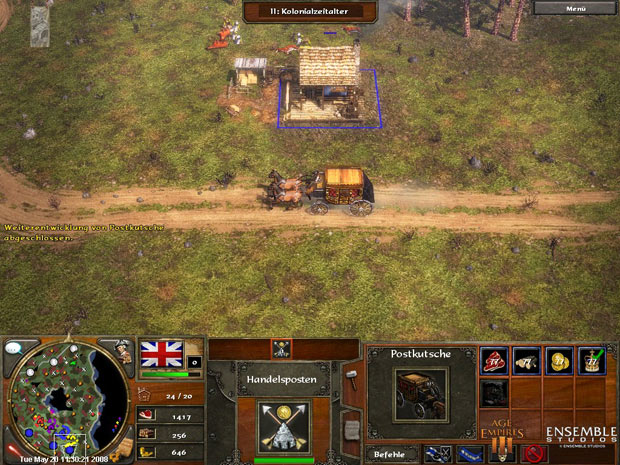 At the very beginning, there’s this weird thing here. 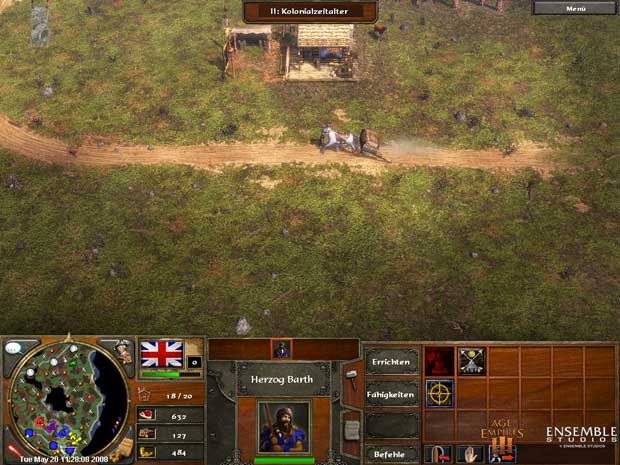 Is it a unicorn? What the hell is it dragging? I guess we’ll never know…

Notice: This section does not play in the final rating.

Don’t ask me. Ask Björn. He’s the one who has and plays the game (Yes, that is word-for-word exactly what I said in the Unreal Tournament 3 review. Get over it).

I can’t say too much about this game, given that I haven’t played it, but it looks like it does not take railroading too seriously at all. Still, the train itself looks nice, so I’m going to give it the frequent 2 out of 3 or “mediocre” rating.