I just found the weirdest game today. Well, not the very weirdest. That would be Lobster Petting. Still, Mac ATM is pretty good, too. 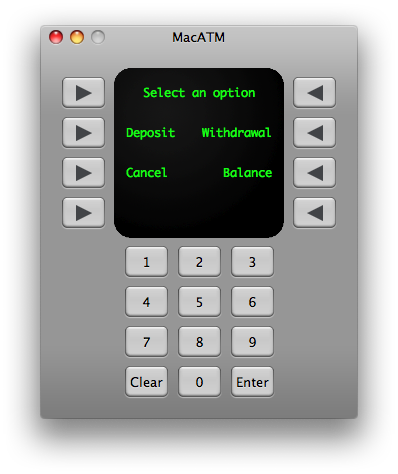 Mac ATM, produced by The Daily Grind, simulates an automated teller machine. I haven’t had time to check whether it’ll actually print anything, to be honest, but it looks reasonable enough and is just as much fun to use as the real thing.

As far as trains are concerned, I’d give it a “Good” rating, which is the highest I give. There are no trains in there, so it has no mistakes when it comes to them.